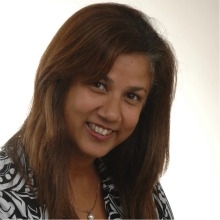 A native of Venezuela, Lisbeth Philip specializes in linguistics due to her personal and academic interest in bilingual communities and language maintenance and language shift.  Her many research interests include: Language and social networks; Afro-Caribbean linguistic studies; French in Louisiana; applied linguistics; historical linguistics; dialectology, translation and interpreting.

Lisbeth Philip's book chapter “From West Indian Black to Afro-Costa Rican: A Socio-Historical Perspective on the Role of Language, Race and Culture in the Transition” was published in the volume Readings in Language Studies, Volume III.Language and Identity by The International Society for Language Studies, Inc (December 2012).  In this chapter, Philip uses a socio-historical perspective to examine the impact of language, race and culture on shifts in the ancestral language, culture and identity of English speaking Black West Indian immigrants in the dominant Hispanic environment of Costa Rica.

Lisbeth Philip's book chapter entitled “Language Maintenance and Language Shift among Afro-Costa Rican Women,” was presented at the Westminster University Linguistics conference in 2011. The chapter focuses on the role of attitudes and identity in the maintenance and shift of Limón English spoken by 127 Afro-Costa Rican women in two bilingual communities in the province of Limón, Costa Rica.  The chapter appears in Language Contact: A Multidimensional Perspective, published by Cambridge Scholars Publishing (March 1, 2013). The book brings together research by distinguished scholars and other highly talented investigators from across the world to offer a multidimensional exploration with contemporary discussions and analyses of the topics of the field of Linguistics.

Lisbeth is a CCHI Certified Healthcare InterpreterTM  and is a “Registered Interpreter" on the Louisiana Supreme Court's registry of court interpreters in the Spanish language. As a result of her academic and professional training in translation and interpreting, she is the Academic Director of Loyola’s certificate program in translation and interpreting under the auspices of the School of Humanities and Natural Sciences (HuNS) and the Office for Professional and Continuing Studies at Loyola University New Orleans.

Lisbeth also teaches Spanish and French and has also worked in methodology in the teaching of foreign languages.  Lisbeth is also working on a collaborative research project on Students’ Attitudes and Motivations in Second Language Learning. At present she is working on co-authoring a French textbook, tentatively called Sitôt dit, sitôt fait.

Lisbeth has presented many conference papers in a variety of topics in the United States and abroad. Dr. Philip has done extensive work in Service Learning for her Spanish language courses, and more recently for her Translation and Interpreting courses, and has participated in local public events as a volunteer interpreter together with her Translation and Interpreting students, as part of Loyola’s mission in serving the underserved Hispanic Community.