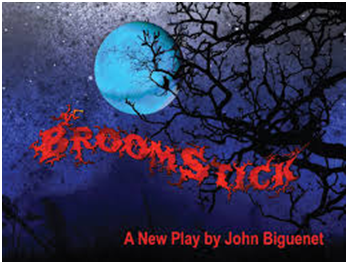 English Department Chair Professor John Biguenet’s current play, Broomstick, brings to life a witch who confesses all—her first love affair, how she discovered her powers, what she has done with them. Having won a Continued Life of New Plays Fund Award from the National New Play Network, Broomstick began its Rolling World Premiere with an extended run at New Jersey Repertory Company and will go on to other productions at Montana Repertory Theatre (Missoula), Fountain Theatre (Los Angeles), Southern Rep Theatre (New Orleans), and Playwrights Theatre (Madison, NJ). It has been described as “A must-see” by Broadway World, “Masterful” by New Jersey Stage, and “A triumph” by Talkin’ Broadway.