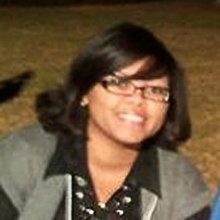 An inaugural visiting scholar and fellow at the Anna Julia Cooper Project on Gender, Race, and Politics in the South at Tulane University and the James Weldon Johnson Institute for Advanced Interdisciplinary Studies at Emory University, Professor Melancon has held numerous distinguished positions: as the J. William Fulbright Scholar of American Literature and American Studies in Berlin, Germany, a Mellon Mays University Fellow, a Frederick Douglass Teaching Scholar, and a Woodrow Wilson National Foundation Fellow. She has also received other prestigious awards, grants, and fellowships that have facilitated the continued support of her interdisciplinary research and teaching from the Andrew W. Mellon, Nellie Mae, Ford, and Ruth Landes/Reed Foundations, as well as the Social Science Research Council and Fulbright Commission.

She is the author of Unbought and Unbossed: Transgressive Black Women, Sexuality, and Representation (Temple University Press, 2014), as well as is co-editor of Black Female Sexualities (Rutgers University Press, 2015). Her publications also appear in leading journals in her interdisciplinary fields of expertise: African American Review, Callaloo, and the Journal of Popular Culture, as well as Reconstruction, among other venues. To learn more about her work, visit her website: www.trimikomelancon.com.