Director of Writing Across the Curriculum, Instructor 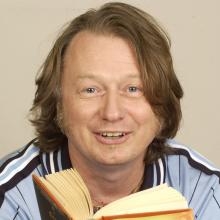 Robert Bell was born and raised in New Orleans and its confines. He was even able to receive an education in New Orleans: B.A. from Loyola University New Orleans, M.F.A. from the University of New Orleans. In addition to being the Interim Director for Writing Across the Curriculum, he teaches first-year writing and literature, twentieth century literature, and occasionally Irish film. In his spare time, he has been working on his … he has no spare time. Because he is from and lives in New Orleans, he loves to travel.