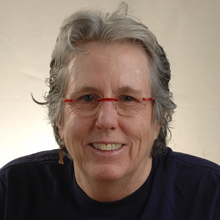 Prof. Mary McCay trained as an Olympic swimmer, but gave it up because she could not read while swimming. Instead, she earned a B.A. (from Catholic University of America), M.A. (from Boston College), & Ph.D. in English (from Tufts University). That led, by a rather circuitous route, to Loyola University. She taught American Literature, Film, Travel Writing and Irish Literature. Reading leads to writing, and her books, Rachel Carson and Ellen Gilchrist, are the result, as well as numerous articles on American literature and culture and Irish literature and film. She formerly directed Loyola's Irish Studies Summer Program at Trinity College, Dublin; the Americans in Paris Program in Paris; and two exchange programs: Keele University in the UK and Radboud University in The Netherlands. One day, she might swim the Channel. Meanwhile, she received the Dux Academicus in 2004 and is the former director of the Walker Percy Center for Writing and Publishing.