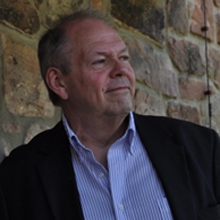 Prof. John Mosier earned his Ph.D. at Tulane University in 1968, where he held a double fellowship in English and Music and wrote a dissertation on the relationship between historiography and epic poetry. He teaches modern European fiction, Film, and the 18th century novel. An active film critic (he served on the Camera d'Or jury at the Cannes Film Festival), he wrote the concluding essay in the Cambridge University study, Jane Austen on Screen, together with over 100 articles on film for Kino, Americas, Variety, and the New Orleans Arts Review. As a military historian, Mosier has written six books: The Myth of the Great War (nominated for a Pulitzer Prize), The Blitzkrieg Myth, The Generalship of U. S. Grant, Cross of Iron, Deathride: the Eastern front, 1941-45, and Verdun: the Lost History of the Most Important Battle of WW1.  In connection with these books, he has appeared on the BBC, Fox News, the History Channel, Sky News, and Comcast. His books are currently being translated into French and Czech.  A full professor of English, he is also Director of Film Studies.