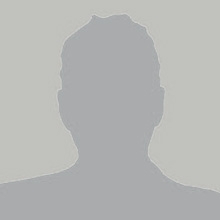 Sara’s double-major in English Literature and Theater was awarded by San Francisco State University. Before taking up acting in the fog-belt, she attended CSU Sacramento, studying writing and linguistics while holding down a journalism internship with Sacramento’s Suttertown News. After years of balancing musical-theater roles with administrative paychecks in academia, non-profits, and the entertainment industry (and traveling the world!), she joined Loyola University New Orleans in 2010. She supervised a departmental office until January 2015, when she moved to the Office of the Dean in the College of Humanities and Natural Sciences (HNS). Sara was awarded the HNS Staff Excellence Award for the 2013-14 school year. As one of two Academic Advisors in the Dean's office, some of her work includes providing transfer evaluations, posting transfer credits, and meeting with prospective students; participating in Orientation and preparing student schedules; and coordinating the fall, spring, and summer course-schedules with Student Records and the academic departments. She also processes changes of major and minor, and program substitutions. Sara assists in the annual updating of dpcls and the Bulletin; aids in the development of materials for articulation agreements with other schools; helps students and faculty with OnCourse issues; coordinates student awards and the Honors convocation along with the rest of the Dean's team; and audits, reviews, and certifies student's records for graduation.